HNS transportation by ship is governed by various international regulations to prevent and identify the pollution risks presented by this type of goods.

In addition to these international conventions, four codes have been established: the IGC Code for ships carrying liquefied gases in bulk, the IMDG Code for packaged dangerous goods, the IBC Code for liquid chemicals in bulk and the IMSBC Code for solid bulk cargoes. 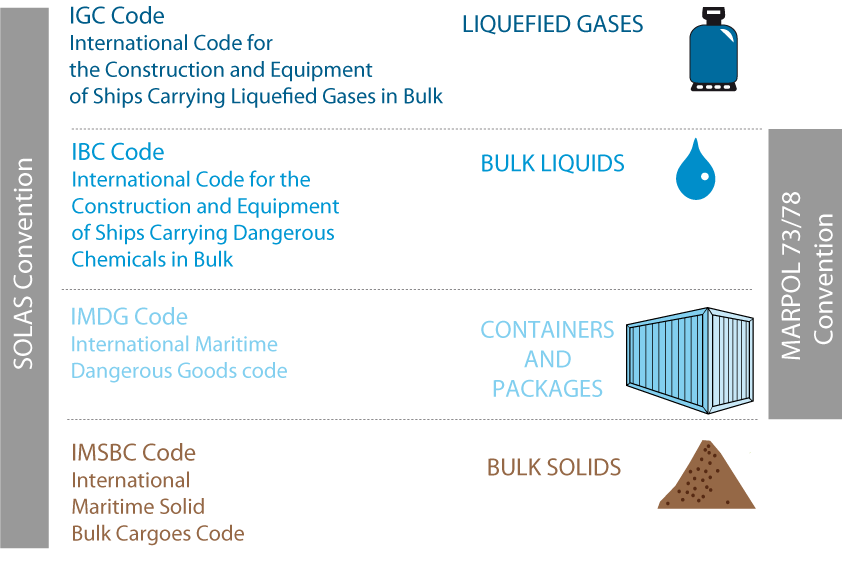 These codes include a list of substances liable to be transported, classed according to the hazard they represent. These documents also provide the instructions to be followed to ensure maximum safety, when preparing, transporting or loading and unloading the cargo.

Among the four codes governing merchant shipping, the IMDG (International Maritime Dangerous Goods) Code concerns the greatest number of chemicals, as it covers all noxious substances transported in packages or containers. It governs the shipping of hazardous materials worldwide and applies in addition to each country's texts and regulations. The IMDG Code determines the rules on the packaging and storage of products, according to their hazards, as well as their marking, labelling and stowage• to ensure safe loading of ships.

Established upon the initiative of the United Nations in 1948, the International Maritime Organization is a body which defines the rules relating to maritime safety on a global scale. Its headquarters are located in London (United Kingdom). In 2016, IMO had 171 Member States and 3 Associate Members.

The main objectives of IMO are:

GESAMP (the Group of Experts on the Scientific Aspects of Marine Environmental Protection) is a body that advises on the scientific aspects of marine pollution and marine environmental protection. It works in close collaboration with IMO. It is organized into several working groups, one of which is charged with establishing the hazard profiles of bulk liquid chemicals, in terms of environmental and health risks.

These profiles are organized into five main effects: persistence in the environment, aquatic ecotoxicity, mammalian toxicity, effects on human health and interference with uses of the sea. These products, evaluated by experts, are recorded in a database. Based on this work, the following are defined for each substance: its pollution category, the type of ship suitable for transporting it and the precautions to be taken in terms of tank residues. 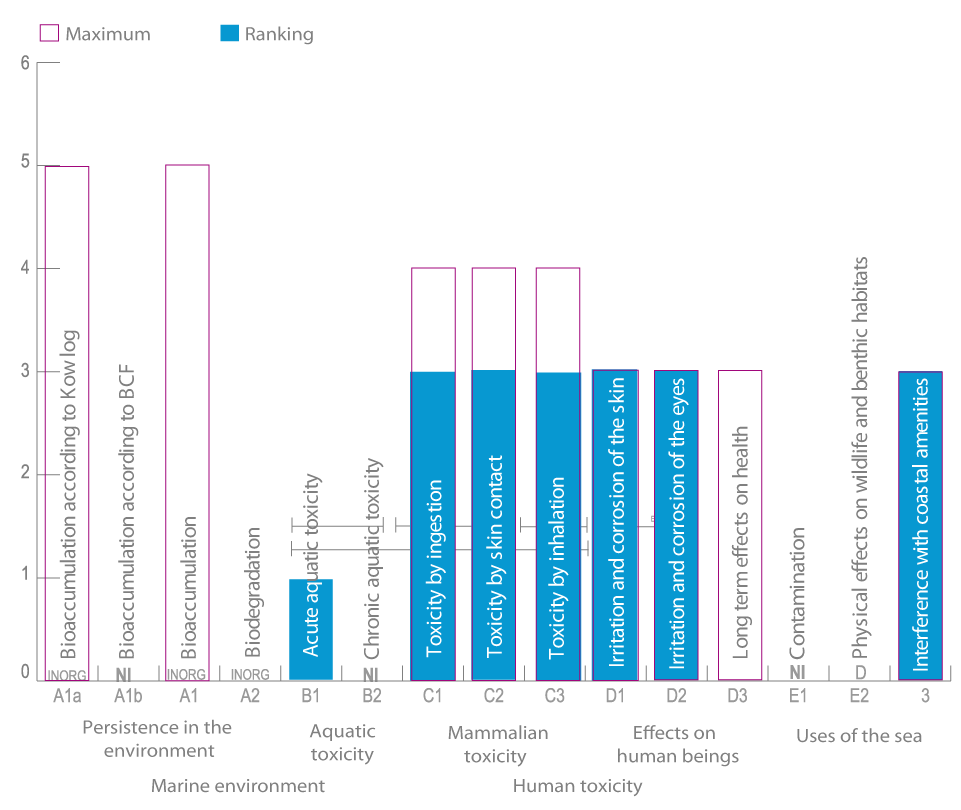