Contrary to chronic pollution, accidental pollution is the result of sudden events, independent of human will. It may, for example, occur following the rupture of a pipeline, a fire or a shipwrecking.

Accidental chemical pollution at sea is generally caused by ship-source spills. These events may be due to:

Such pollution can also be caused by incidents occurring at port facilities or chemical plants.

In 2013, the container ship MOL Comfort was caught in a storm and broke in two in the Indian Ocean with 4,382 containers and 3,000 tonnes of fuel on-board. The day after the incident, the stern section sank. Three weeks later, a fire broke out on-board the bow section, which finally also sank a month after the incident, taking some 2,400 containers and 1,600 tonnes of fuel with it down 3,000 metres to the ocean floor. A joint investigation was instigated by the ship owners and builders to determine the exact cause of the disaster. Before the conclusions of this investigation had been drawn, the decision was made to reinforce the central part of the hull of the MOL Comfort’s six sister ships.

Seveso is a town in Italy where an extremely serious chemical accident occurred in 1976.
In Europe, this name is now used for industrial sites classified as hazardous as well as the corresponding regulations (96/82/EC directive).

The container ship Rena grounded off the north coast of New Zealand, 20 km from the port of Tauranga, in 2011. It was stuck on a reef known for its flora and fauna and was carrying 2,876 containers of goods, including 153 of hazardous substances. In total, 1,007 containers and 1,700 tonnes of fuel oil were recovered. Thousands of volunteers came to help clean up the oiled shoreline. The spill caused major impact: approximately 2,000 birds were killed. On 8th January, the ship broke in two due to adverse weather conditions. The bow section of the vessel remained on the reef, while the stern section shifted and sank 30 m away. The authorities decided to dismantle the wreck. This was a huge operation which began by cutting up the partially submerged section of the Rena and removing the scrap metal by boat. 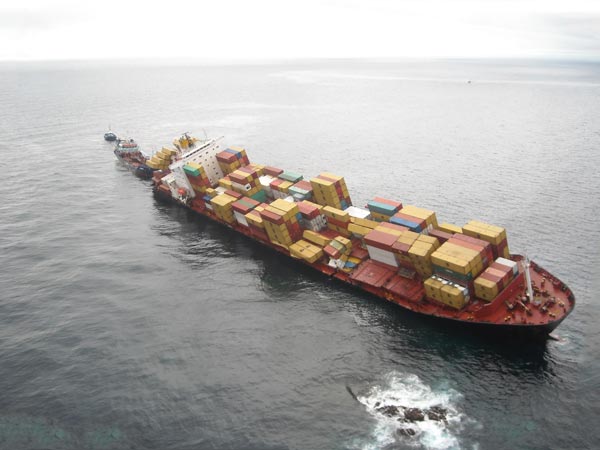 Container ship Rena grounded on a reef (2011, New Zealand) and the video "Rena - Part of accomodation block on a barge" 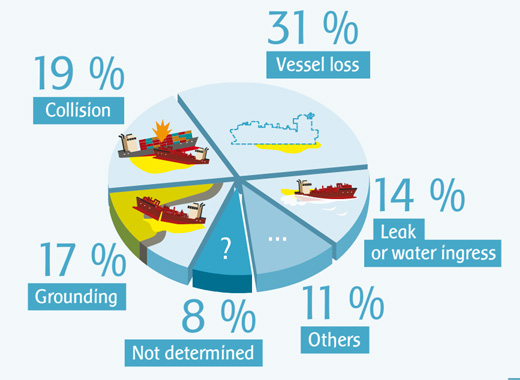 The "Others" category, which represents an 11% share of incidents, includes the following causes: ships capsizing, piracy, sabotage and vandalism.


In the event of an incident, the pollution may be:
- immediate if the pollutant is released directly into the environment. Flora and fauna may be affected over a varying period of time according to the type and quantity of substance spilt.
- deferred and appear in the longer term in an expected manner. This is the case, for instance, of corroded wrecks which begin to leak several dozen years after sinking. 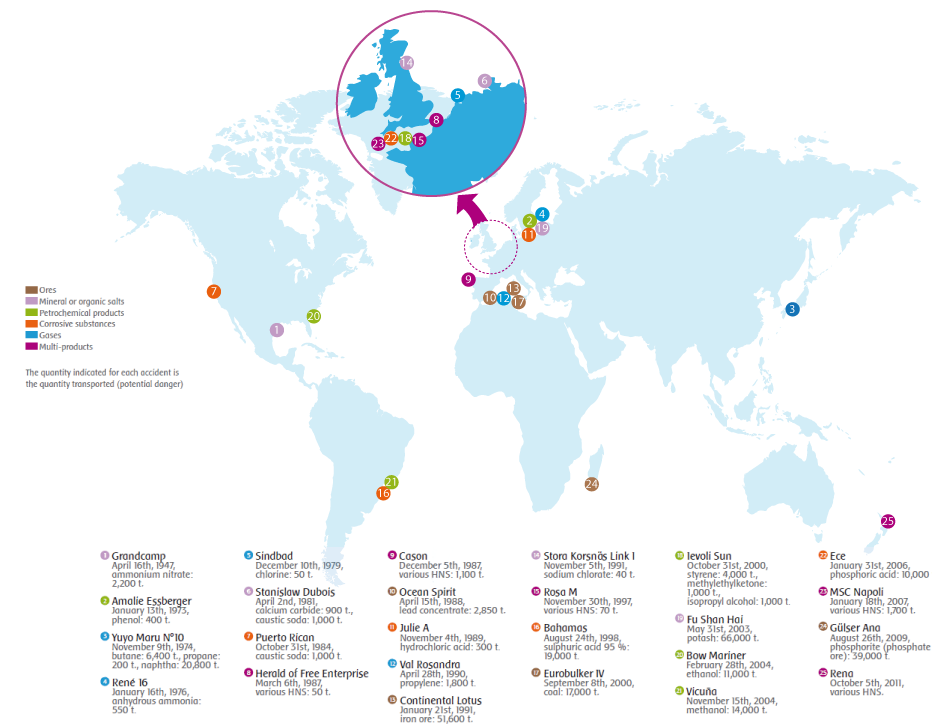