A statistical analysis of accidents occurring between 2005 and 2015 and resulting in a spill at sea shows that the most concerned types of HNS are:
- mineral oils which serve, for example, as lubricants;
- food products (molasses•, maize, rice and soya);
- acids (sulfuric acid•, phosphoric acid•);
- mineral fertilizers such as ammonium nitrate•;
- sulphur•;
- petrochemical products•(toluene•, benzene•)
- vegetable oils such as palm oil•.

Chemical spills from ships are often accompanied by oil pollution, caused by the ship's fuel.

In 2009, the ore carrier Gülser Ana was transporting 39,000 tonnes of phosphorite (iron ore) and 570 tonnes of heavy fuel oil when it grounded south of Madagascar. Shortly after it ran ashore, the ship broke in two and part of its cargo (phosphorite and heavy fuel oil) was released at sea in an important fishing area for the local population. Phosphorite can contain heavy metals which represented a contamination risk for the marine flora. The authorities therefore banned fishing in the area around the spill. Water and fish samples were analysed at Cedre and no contamination was detected. 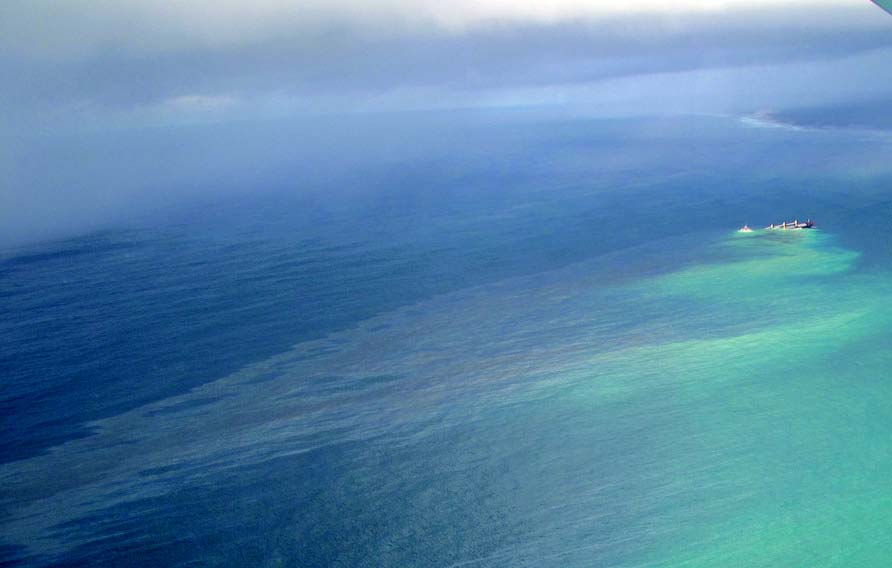 Sulphuric acid, historically known as oil of vitriol, has been
produced by humans since the 15th century. In those days, it was obtained by distilling ferrous sulphate with sand. The first industrial process using to manufacture this acid, known as the lead chamber process, was developed in 1746 by British inventor John Roebuck. It was used until 1946.

On the 9th September 2013, 1,400 tonnes of molasses were spilt in Hono lulu Bay in Hawaii. This sticky and very sweet non-toxic substance sank in the harbour after having been released during its transfer from the sugar cane plantation to a tanker.
On the morning of the 10th, the shipping company repaired the pipe responsible for the spill. Meanwhile, the decomposition of the slick of molasses led to a local decrease in oxygen, affecting marine life, resulting in the death of thousands of fish and increasing the presence of sharks in the area.